Waxy pink-lilac Stichtite on serpentine with Chromite from the Tunnel Hill Quarry, North Dundas, Tasmania, Australia. Stichtite was first discovered in 1910 in Tasmania and recognised as a new species by A.S. Wesley a former chemist with the Mount Lyell Mining and Railway Company. It was named after Robert Carl Sticht the manager of the Mount Lyell mine. This piece was collected in the 1970’s. 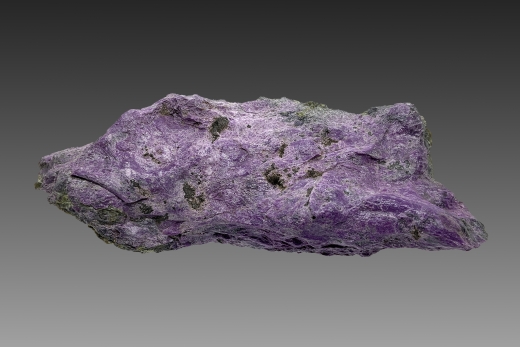 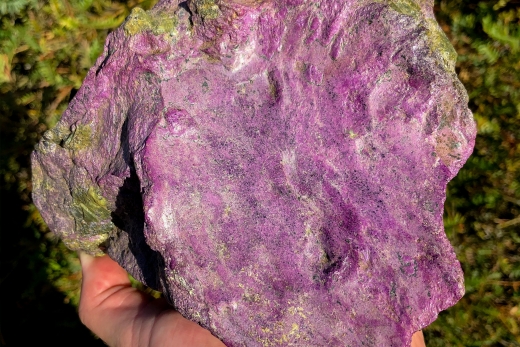 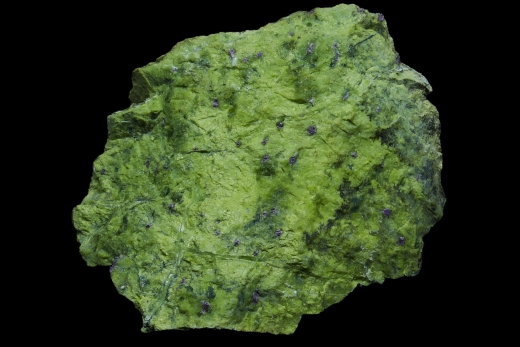